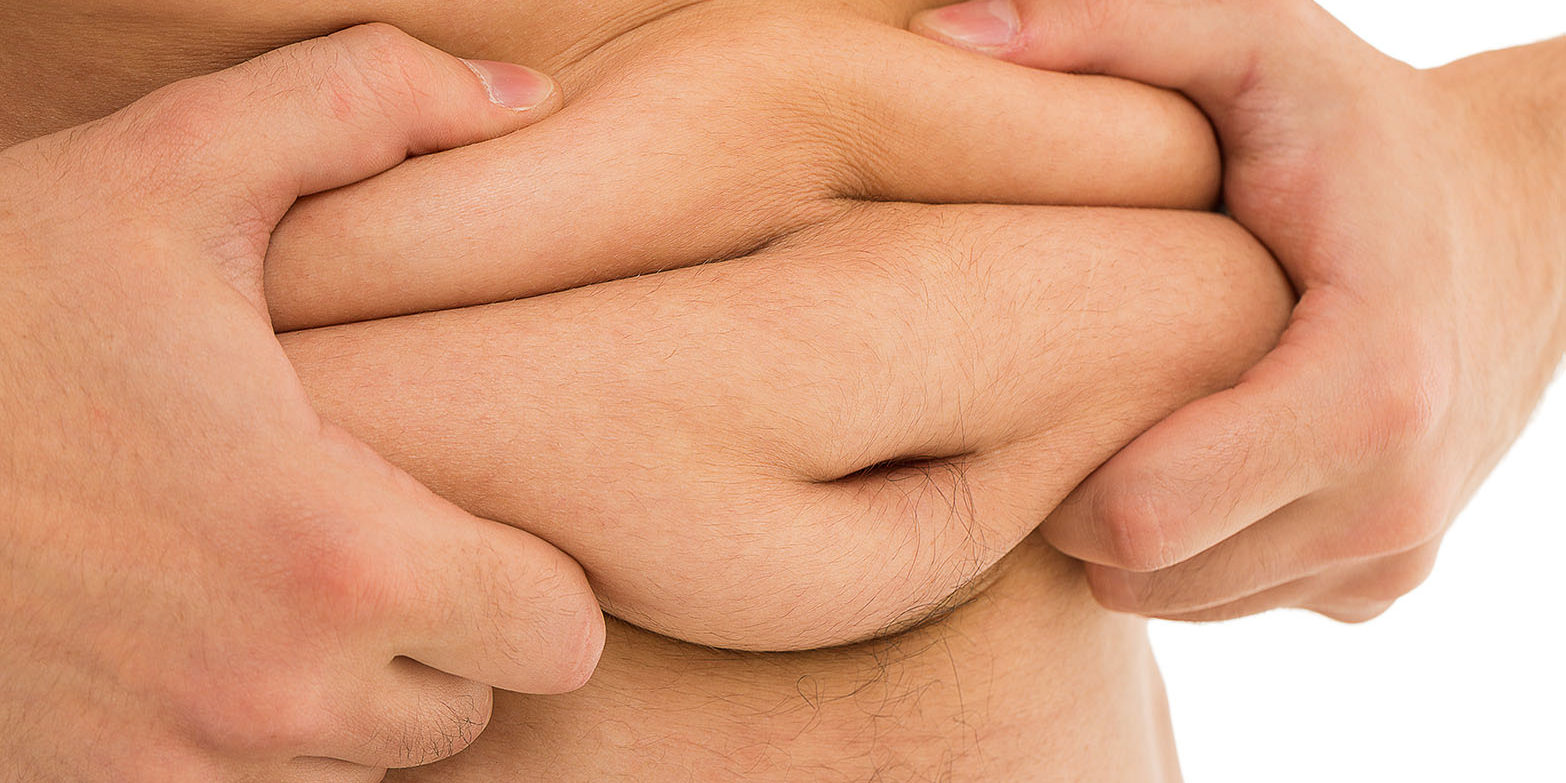 Just as the U.S. is leading the world in coronavirus deaths, it has, for decades, led the world in obesity levels too – and medical professionals are now indicating that the uncomfortable statistic is no mere coincidence.

The Centers for Disease Control and Prevention (CDC) has pinpointed “severe obesity” – those with a Body Mass Index (BMI) of 40 or more — as being one of the groups most “at risk for complications” when it comes to coronavirus, officially referred to as COVID-19.

BMI is a value derived from the mass and height of a person. While it is somewhat controversial as it does not take into account muscle mass over body fat, it remains the medical standard used to determine if one is within a scientifically healthy weight range.

“I suspect this is America’s COVID Achilles heel and may cause higher morbidity and mortality rates than other regions,” Dr. Jennifer Lighter, hospital epidemiologist at New York University’s Langone Health, told Fox News. “In individuals less than 60 years old, they were two to three times more likely to be admitted to the hospital or ICU, and for the morbidly obese, fatality is three times the rate than for non-obese COVID-infected individuals.”

While BMI is somewhat controversial as it does not take into account muscle mass over body fat, it remains the medical standard used to determine if one is within a scientifically healthy weight range. (AP Photo/Mark Lennihan)

Lighter led the hospital’s recent study, published this month in Clinical Infectious Diseases, which emphasized hospital patients “under 60 with a BMI over 35 were at least twice as likely to be admitted to the ICU for coronavirus than patients with healthy BMIs.”

So why does obesity seemingly increase the severity of coronavirus?

There are a few theories, Lighter said.

“People with obesity have less pulmonary reserve – higher rates of obstructive sleep apnea, asthma, restrictive lung disease – which makes them at risk of severe pulmonary manifestations with a respiratory virus,” she explained. “They are on the spectrum of progressing to cardiovascular disease, diabetes, and hyperlipidemia. And there are ACE2 receptors on adipose cells, so they have higher viral replication causing more inflammation.”

Moreover, researchers have found that obesity is especially prevalent in the hospitalization of young people who contract the pathogen. An April 17 article published in the Morbidity and Mortality Weekly Report underscored that of 180 patients hospitalized from March 1 to March 30, the most prevalent underlying condition was obesity – a condition that afflicted more than half.

“Specifically, patients under 60 years of age – generally considered at lower risk of developing severe COVID-19 – nonetheless are twice as likely to be hospitalized for the disease if they have a body mass index (BMI) of 30-34,” Lighter noted. “Likewise, those under 60 years of age and described as morbidly obese – a BMI of 35 and over – were twice as likely to be admitted to acute care and three times as likely to be admitted to the ICU compared to patients in the same age category with a BMI of 30 and under.”

Research compiled by the Feinstein Institutes for Medical Research, which analyzed the clinical course, characteristics, and outcomes of 5,700 hospitalized COVID-19 patients between March 1, 2020, and April 4, 2020, at New York’s most extensive health system, Northwell, additionally found that some 41 percent were considered obese.

Adding to the growing obesity and coronavirus connection, preliminary data published this month by the National Library of Medicine also asserted that the pandemic is spreading rapidly in Europe and North America, where obesity is highly prevalent. And although a precise link is yet to be fully determined, studies to-date have shown that “obesity and severe obesity were present in 47.6 percent and 28.2 percent of cases, respectively” and that the proportion of patients who required Intermittent Mandatory Ventilation (IMV) increased with BMI.

Data released by the CDC in February highlighted that national obesity levels reached 42.4 percent over the 2017-2018 period, the highest ever, with one in six children categorized as obese. About 37 percent of Americans have a BMI higher than 30, as per CDC data.

Louisiana and Mississippi are among states with excessive obesity levels, and, according to government data, have had a high number of coronavirus patients who died. More than 40 percent of those who died from the new illness in Mississippi were obese, USA Today reported.

“Obesity is commonly associated with metabolic syndrome, which increases your risks for diabetes, hypertension, heart and blood vessel disease, and ultimately kidney disease. And we know for sure that diabetics are more susceptible to developing infections and high blood sugars can weaken the immune system,” observed Dr. David Nazarian, a Beverly Hills-based physician, diplomate at the American Board of Internal Medicine and founder of My Concierge MD. “So, in a nutshell, a person who is obese can check off five of the risk factors that the CDC has placed as risks for more severe COVID-19 infections.”

The UK-based World Obesity Federation has further stated that, given “the extremely high rates of obesity around the globe,” it is expected that “a high percentage of the population who will contract coronavirus will also have a BMI over 25.”

“Furthermore, persons with obesity who become ill and require intensive care present challenges in patient management as it is more difficult to intubate patients with obesity,” the federation continued. “It can be more challenging to obtain diagnostic imaging as there are weight limits on imaging machines, patients are more difficult to position and transport by nursing staff and, like pregnant patients in ICUs, they may not do well when prone. In general, health systems are already not well set up to manage patients with obesity.”

Even before the onslaught of the coronavirus, some 75 percent of the $2.2 trillion spent on health care in the U.S. every year – as per figures from the CDC – was to treat chronic illnesses such as cardiovascular disease and stroke, which medical professionals contend are mostly preventable, and caused by poor diet, lack of exercise and obesity.

In a dangerous ripple effect, obesity is then connected to these chronic conditions – also including diabetes, stroke and high blood pressure – contributing to one’s vulnerability to falling gravely ill with an infectious disease such as coronavirus.

Subsequently, new findings have also highlighted high blood pressure and hypertension as being an underlying condition of more than 70 percent of those hospitalized with the disease – a condition known to be exacerbated or sparked by excess levels of body fat.

“Obesity causes inflammation in the body. Having an already stressed or taxed immune system, because of the obese state, can reduce your survival if you develop an infection and attempt to mount an immune response,” observed Dr. Brunilda Nazario, lead medical director at WebMD. “There are also serious management challenges that are emerging when they become ill or are hospitalized and then require ICU care and mechanical ventilation.”

Nazario pointed out that obese patients are “difficult to intubate, and may need specialized equipment that may not be widely available.

“Unfortunately, the vast majority of our health care system is not well equipped to manage the critical care of a patient with obesity,” she continued, highlighting that “of the 22 industrialized countries, the U.S. has the highest obesity statistics with half to a third of Americans over the age 20 overweight, and one-third obese.”

A patient is loaded into the back of an ambulance by emergency medical workers outside Cobble Hill Health Center, Friday, April 17, 2020, in the Brooklyn borough of New York. (AP Photo/John Minchillo)

Rising obesity levels in the U.S. have historically been a cause for concern; the issue comes with its own web of complications and controversies. While some critics have pointed to the deafening silence of the “body positivity” community – a social justice movement centered on self-love and acceptance regardless of size – amid the pandemic, other analysts have long examined the issue from a racial, ethnic and socioeconomic lens as an ailment afflicting those already the most financially beleaguered in society.

Public health officials have also stressed that those who are obese should not avoid seeking medical care or feel marginalized by the findings, but should take extra precautions where possible to prevent contracting the life-threatening illness.

“The stigma that people with obesity face is unjustified, this is a medical condition and should be viewed and addressed as one, especially within the health care system,” Nazario said. “Because the rates of obesity continue to climb in the U.S., and we don’t know when the pandemic will end, we need to address this simultaneously.”

Nonetheless, coronavirus has also taken out scores of individuals who lead healthy lives and maintained a normal weight, deepening the puzzle for scientists who are purporting to piece together why the disease can kill some and be completely asymptomatic in most others.

And while the U.S. has significantly higher obesity rates than other coronavirus crushed countries such as China or Italy, it has lower levels per capita than the likes of small islands such as Tonga and Samoa, which lead the world in obesity prevalence yet have registered no cases of the virus in their country.

“Issues arising from health conditions like obesity and its consequences are multifaceted, and where you live plays a role,” Nazario added. “In areas of the U.S. with higher rates of obesity, we are likely to see higher death rates, but the reasons aren’t so straightforward. Access to care and many other social determinants of health all play a role.”