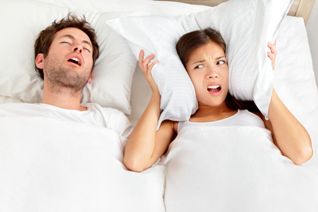 Do you need help with sleeping? Are you looking for a sleep center in Los Angeles?

Diagnose the reason why you have insomnia with a sleep study test today. Our highly trained sleep doctors at My Concierge MD can help diagnose and treat the underlying reason for your difficulty in sleeping so you can finally receive the sleep that you deserve. Our state of the art sleep center is equipped with the most modern equipment for digital polysomnography.  Simplified overnight cardio respiratory studies appropriate in some specific circumstances can also be performed in patients’ homes using portable recording devices. A Sleep apnea test and sleep apnea treatment are easily arranged by our sleep doctors. Sleep deprivation can have many negative health effects and thus treatment of sleeping disorders are cruicial.

Do you need a in home sleep study?

Our Beverly Hills sleep study clinic provides in home sleep study testing throughout the Los Angeles area. Please provide us with your contact information in the Contact Us page or call 877-760-3570 so that we may schedule you for your appointment. Our state of the art sleep center will make your sleep study an easy and enjoyable experience.

There are many different disorders of sleep and waking. Many suffer from insomnia, a disorder with falling and staying asleep. Others may have difficulty with excessive daytime sleepiness, while some have problems with sticking to a regular sleep schedule. Unusual behaviors during another subsets of sleep problems relates to sleep-disruptive behaviors.

The definition of insomnia is the repeated difficulty with the initiation, duration, maintenance, or quality of sleep despite the opportunity and time for sleep. Insomnia can be a symptom of a number of underlying medical or psychiatric conditions. One of our trained physicians can diagnose and treat the reason for your insomnia so that you can enjoy a good night’s rest.

How to fall asleep?

What is sleep apnea?

Sleep apnea is a common and usually an undiagnosed condition that disrupts sleep. Patients suffering from sleep apnea have one or more pauses or shallow breathing while sleeping. Breathing pauses can last from few seconds to minutes and then starts again sometimes with a loud snort or chocking sound. Sleep apnea is usually a chronic condition and the person suffering from it is not aware of the pauses in breathing but finds himself or herself with daytime sleepiness.

What is the most common type of sleep apnea?

The most common type of sleep apnea is obstructive sleep apnea which often means that the airway has collapsed or is blocked during sleep.

What does sleep apnea cause?

What are the risks associated with sleep apnea?

Sleep apnea increases the risk of hypertension or high blood pressure, heart disease, heart attacks, stroke, obesity and diabetes, heart failure, arrhythmias and or irregular heartbeats and the chance of having work-related or driving accidents.

Who is at risk of sleep apnea?

What are the signs and symptoms of sleep apnea?

The most common sign of obstructive sleep apnea is ongoing snoring. Patients may also suffer from pauses and gasping while sleeping. Patients with this sleep disorder most likely do not know that they are having problems with breathing or are able to judge the severity of their problem. A family member or bed partner will often discover these problems before you are aware of them.

Other common signs of sleep apnea are sleepiness during the day, at work or while driving. Patients just don’t feel as though they have had a good night’s rest. Some other signs and symptoms of sleep apnea may include:  morning headaches, memory or problems with learning, feeling irritable or depressed, a dry throat upon awakening.

How is sleep apnea diagnosed?

Our experienced doctors will diagnose sleep apnea based on your medical history, family history, a comprehensive physical exam, and results of a sleep study performed at our state of the art facility. Our sleep specialists will then discuss treatment options with you.

What is a sleep study?

A sleep study is the most accurate test to diagnose sleep apnea. A polysomnogram is the most common sleep study to diagnose sleep apnea. Our sleep lab will record your brain activity, eye movement and other muscle activity, breathing, heart rate, blood pressure, the amount of air that moves in and out of your lungs while sleeping and the amount of oxygen in your blood.

A polysomnogram is painless and is performed at our sleep center while you sleep. You will go to sleep as usual except you will have sensors attached to your body and our staff at the sleep center will monitor your sleep and results of the study throughout the night.

How is sleep apnea treated?

What lifestyle changes will help me sleep better? How can I sleep with sleep apnea?

You should make an appointment to see one of our trained concierge physicians in order to correctly diagnose the reason for your poor sleep during the night and to begin proper treatment.

The following lifestyle changes may aid in sleep and help you go to sleep:

As Featured on Extra TV

Mouthpieces may be helpful in some with mild cases of sleep apnea. A dentist or orthodontist can make a custom fit mouthpiece that can help treat sleep apnea.

Breathing devices such as a CPAP (continuous positive airway pressure) machine is the most common treatment option for moderate to severe sleep apnea in adults.

Some patients who suffer from sleep apnea will benefit from surgery. The type of surgery is dependent on the cause of the sleep apnea.

How Do I Start?

For questions or to schedule your sleep test and sleep center appointment with My Concierge MD, please fill in the form under Contact us or call 877-760-3570 today.  It could be your first step toward a better night’s sleep!