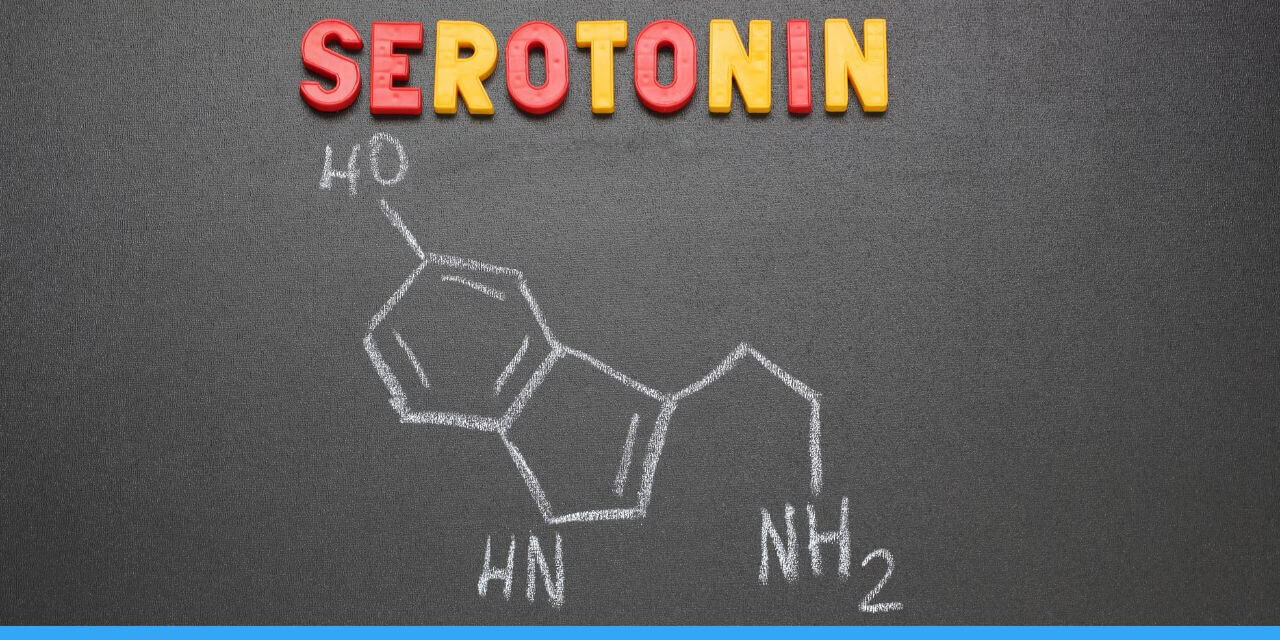 Phosphatidylserine, a popular nootropic with various advantages, is a favorite among the biohacking community.

At every stage of life, it’s essential to keep your cells healthy and your brain functioning at its peak. As a bonus, it can improve your physical performance as well.

Now let’s get right to the article

What Exactly is phosphatidylserine?

As an amino acid derivative, phosphatidylserine is soluble in fat and can be found in almost all brain tissues. Specifically in neurons’ cell membranes. It contains both fatty acids and amino acids in the phospholipid Phosphatidylserine.

Our cell membranes are made up of this layer. As a result, phosphatidylserine is a critical component of cell membranes, and its presence directly impacts the functionality of cells.

In addition, it is a crucial component of cell-to-cell communication. All human body cells contain phosphatidylserine, not just the nervous system.

How does phosphatidylserine affect serotonin levels?

To begin, let’s understand what serotonin does.

Serotonin is a mood-stabilizing chemical messenger. According to claims, it can improve your mood and sleep. The chemical serotonin has been linked to a better quality of life and a longer lifespan and has been shown to impact mood and behavior.

Phosphatidylserine plays a role in regulating cortisol levels. Additionally, it can influence several neurotransmitters connected with mood, including serotonin and dopamine. Dopamine and serotonin are “pleasure hormones.”

Thus, we can say that phosphatidylserine has a direct impact on our moods and behavior, as well as helping us sleep better.

How Should You Take Phosphatidylserine?

Phosphatidylserine can be found in foods, however, they are only suitable for some people’s diets, particularly vegans. Consequently, many people decide to include it in their diet via supplements in order to benefit from its health benefits.

In the form of capsules and pills, phosphatidylserine supplements are readily available. Each supplement has a range of 100 to 300 mg of potency.

Concerned consumers may choose to consider phosphatidylserine in the form of Sharp-PS, which is derived from vegetable sources other than soy and does not include genetically modified organisms (GMOs).

Here are the detailed benefits that Phosphatidylserine offers you.

It is common to take Phosphatidylserine as a supplement to decrease the onset of memory decline with age. Phosphatidylserine supplements or a placebo were given to 78 older persons with mild cognitive impairment in a research published in the Journal of Clinical Biochemistry and Nutrition.

Participants who began the trial with relatively low memory scores showed considerable improvement in memory during follow-up assessments at the conclusion of the six months.

Aids In The Treatment of Alzheimer’s disease

Some signs and symptoms of Alzheimer’s disease may be alleviated by taking phosphatidylserine for six to twelve weeks. People with less severe symptoms appear to benefit the most from this treatment.

Phosphatidylserine appears to help regulate moods, according to recent research. One study in 2015 reported that people with major depression were prescribed phosphatidylserine three times a day and omega-3 fatty acids DHA and EPA for 12 weeks. Depression scale scores had improved at the end of the study

ADHD is becoming more prevalent in today’s society. Parents and doctors are increasingly turning to over-the-counter sleep aids like modafinil and Adderall instead. Phosphatidylserine is an alternative treatment for ADHD, in many cases successfully avoiding the need for prescription medication.

Soy-derived phosphatidylserine was studied in a double-blind study for its effect on ADHD in children. As a result, the symptoms of the children who received this Supplement significantly improved.

According to researchers, short-term memory was also improved, as well as decreased inattention and impulsivity. All of this has the potential to improve one’s critical thinking skills.

New situations can be approached more easily, template models can be identified, and problems can be solved by applying logic. Phosphatidylserine appears beneficial in treating ADHD symptoms since no positive effects were observed among the placebo group.

Anxiety and stress are common causes of sleep apnea, which is why so many people suffer from it. When you can’t control your reactions to stressful situations, your body releases more cortisol. When the HPA axis is overstimulated, the stress hormone is released in excess, which hurts sleep.

Because of its ability to control the release of cortisone, Phosphatidylserine can help you get a good night’s sleep. The body’s cortisol levels can be re-adjusted by taking a supplement before bed to correct hormonal imbalances.

Side Effects of Phosphatidylserine

The brain and body recognize phosphatidylserine as a natural chemical since it is already present in the body. Because of this, PS supplements are widely accepted and pose few dangers. It is typically considered safe and free of negative effects when used in supplement form.

Phosphatidylserine supplements were then made from cabbage and soy during this period. It was soy lecithin that was employed to make this particular PS supplement. Sunflower-derived phosphatidylserine provides an alternative to soy if soy is an allergy trigger for the patient.

Phosphatidylserine supplements derived from sunflowers are devoid of genetically modified organisms (GMOs), are non-allergenic, and have fewer safety issues. It’s widely accepted that this is the better PS source.

A 12-week study using 600 mg of phosphatidylserine daily found no negative side effects.

According to FDA sourcing standards, PS claims that it may reduce the risk of dementia and cognitive problems in the elderly have been approved. If taken in excess of the suggested daily dose of 300mg, adverse effects are possible. An upset stomach or sleepiness are the most frequently reported side effects.

Phosphatidylserine is not recommended for anyone taking blood thinners.

It’s the same for everyone taking performance-enhancing medicines, ACHe inhibitors, antidepressants, anticholinergic meds, or anything else like dementia medication. Before starting any supplementation, inform your doctor. 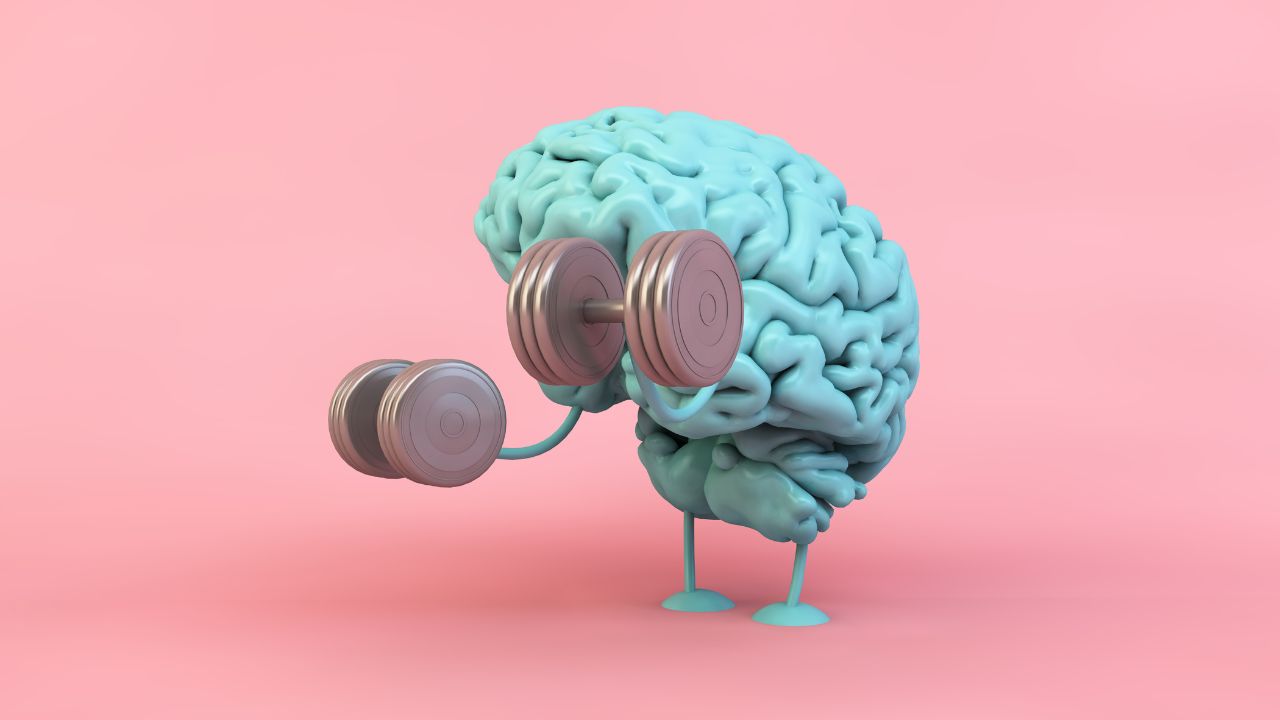 What is The Function of Phosphatidylserine in The Brain?

Phosphatidylserine is a phospholipid, a type of fatty molecule. It shields and nourishes your brain’s cells and transports information between them. To keep your mind and memory sharp, Phosphatidylserine is essential. As we age, we seem to lose our ability to produce this chemical.

While it is true that phosphatidylserine (PS) is more abundant in our cells than phosphatidylcholine (PC), it is also true that our bodies are capable of converting PC (and PE) into PS when necessary. PC serves as a mother figure for the other phospholipids in the body.

What Causes The Brain’s Serotonin Levels to Decrease?

When Should I Take Phosphatidylserine?

phosphatidylserine is most effective when cortisol levels are high in the early stages of the stress response. When cortisol levels are at their peak, it is advisable to take them. For example, if your job is stressful, are you waking up with high anxiety? Take it first thing in the morning to avoid stress and anxiety.

How do I know If There is Too Much Serotonin in My Body?

The signs of too much serotonin:

I hope you have got your answer to this question “does phosphatidylserine increase serotonin?”

To conclude, we would like to say there is a dearth of high-quality human research to substantiate the various claims of phosphatidylserine. For the time being, it’s probably best to stick with the tried-and-true options.

Talk to your doctor first if you’re still on the fence about attempting phosphatidylserine. Self-treatment and postponing or avoiding routine care are both bad ideas.

Can You Drink Alcohol While Taking Detox Pills?
November 17, 2022