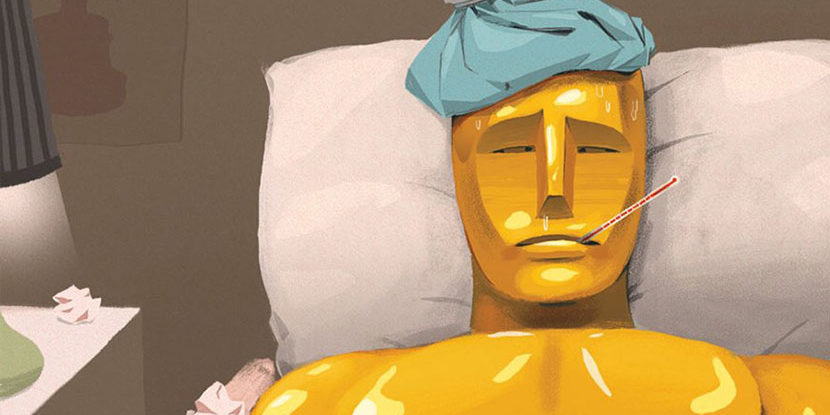 From Ava DuVernay to Nicole Kidman, this year’s virulent strain is taking contenders off the campaign trail and, says one doctor, “the vaccine isn’t adequate.”

Ava DuVernay was set to jet to the Sundance Film Festival for a Jan. 19 panel when the director had to cancel because “the flu got me,” she tweeted. After asking her 1.6 million Twitter followers for quick-fix remedies, DuVernay managed to make it to the PGA Awards the following night. “There were more than 500 replies,” she says. “There was ginger and lemon and people were also saying a little bourbon. I propped myself up with that and some DayQuil.” She adds that her friends at the show didn’t “want to go near me, but that’s OK.”

As always, flu season descends on Hollywood just as awards season shifts into high gear. However, this year’s flare-up has been deemed the worst in a decade, with the Centers for Disease Control and Prevention classifying the outbreak — the culprit being vaccine-resistant strain H3N2 — as an epidemic. The Los Angeles Times recently confirmed that California’s death rates have spiked, with health officials reporting 74 people under age 65 dead from the flu since October, compared to 14 during the 2016-17 season. “It’s really bad,” says Beverly Hills internist Gary Cohan. “H3N2 came early and came hard, and the vaccine isn’t adequate. That’s what’s causing all the problems.”

Octavia Spencer — who couldn’t accept her outstanding film actress honors at the NAACP Image Awards on Jan. 15 because of the flu — first showed signs of illness at January’s Palm Springs International Film Festival, where the usually media-friendly star skipped the red carpet, saying, “I’m sorry, y’all, I’m sick as a dog.” Flu-stricken Olivia Munn and Shonda Rhimes were too ill to attend the Golden Globes; an ailing Anne Hathaway “posted [on Instagram] to show support of the women who were there and for Time’s Up,” says her rep.

Beverly Hills concierge doctor David Nazarian says his office was bombarded with calls just before the Globes from insiders asking for Tamiflu, an antiviral drug that’s used to treat the flu and is taken as a prophylactic when someone has come in contact with the nasty bug. “I think it was the most Tamiflu we have ever prescribed,” Nazarian says. “Many pharmacies were completely out of it, so it wasn’t easy to come by.”

Dennis Evangelatos, an associate clinical professor of medicine at UCLA with a private practice in Beverly Hills, says the flu spreads very quickly through Hollywood this time of year. In 2017, Emma Stone canceled her Palm Springs appearance and Andrew Garfield skipped the SAG Awards. In 2013, Jennifer Lawrence attended the Globes with the flu, but Meryl Streep was too sick to make it. “The industry shuts down the last two weeks of December,” Evangelatos says. “Productions and agencies shut down. During that time, people are off traveling, and they’ve been in airports and exposed to a lot of people. Then they come back, awards season starts, and there are parties and interactions with more people.”

With awards season’s handshaking, hugs, kisses and cross-country flights, Hollywood incubates its own special petri dish, and the flu wreaks havoc for strategists and studio execs who can suddenly find their contenders off the campaign trail. “It’s important for nominees and potential nominees to be out there at tastemaker events and award shows and have that face time with voters,” says one studio executive who asked not to be identified. “Not being present can potentially stall an active frontrunner or really hurt an underdog who is already struggling for recognition.”

For people like Nicole Kidman, — who confessed to having the flu in her acceptance speech for best actress in a limited TV series (Big Little Lies) at the Jan. 21 SAG Awards — the show must go on. But while it may seem impossible for a potential winner to conceive of staying home, Cohan offers this radical take: “Everyone will understand and respect you more. People will send you flowers and chicken soup because you’re doing the right thing.”

WHEN YOU’RE SICK BUT MUST ATTEND THAT AWARDS SHOW …

GET VACCINATED The current vaccine may not fight off the H3N2 virus, but it can reduce the severity of the flu and also kill off other strains. It takes about two weeks to kick in, so you can still get one in time for Oscars weekend.

STAY CLEAN It’s common sense to be “diligent in washing your hands,” says concierge doctor David Nazarian, adding that using nasal irrigators like a Neti Pot to “wash the inside of your nose with saline water” is a good idea “because influenza replicates in the nasal passages.” Also, wipe down doorknobs, desks and computers, where viruses can survive for 24 hours.

DON’T BOTHER WITH B12 SHOTS The popular vitamin boost has no effect on your immune system. Most doctors contend that the accompanying surge of energy is a placebo effect.

CONSIDER A FACE MASK Wearing one won’t prevent you from getting infected. However, flu sufferers can help stop the spread of their infection by slipping on an N95 respirator mask.

AVOID PHYSICAL CONTACT One studio executive suggests holding a cup of hot tea in both hands whenever possible. “You’ll sidestep handshaking and hugs,” he says. “Couple that with Purell and you’re golden.”

CALL YOUR DOCTOR Don’t wait until you’re about to be rushed to the ER before seeking medical help. Flu can lead to life-threatening pneumonia. Says Hollywood doctor Gary Cohan: “Even if it turns out to be a big nothing, that’s money well spent.”

Can You Drink Alcohol While Taking Detox Pills?
November 17, 2022
Call Us