A pacemaker is a small device that doctors implant in your chest. Its function is to send electric signals to your heart to control the beat when your heartbeat becomes slow.

If you have the same queries, scroll down.

What Is A Pacemaker?

A pacemaker is a matchbox-sized electrical device that regulates your heartbeat. Doctors implant the device under the skin of your chest, performing minor surgery, which is safe with fewer complications.

The device usually sends electrical impulses to your heart muscle when irregular and slow heartbeat and rhythm.

Your body has a built-in pacemaker in your heart, the sinoatrial (SA) node. The SA node generates electrical signals to start your heart to beat. This procedure results in your regular heartbeat.

However, often the electrical signals suffer from several problems, causing fast, slow, or irregular heartbeat. One such issue is arrhythmia, for which doctors often recommend a pacemaker. It restores regular heart rate and rhythm by generating electrical impulses.

When Do You Need A Pacemaker? 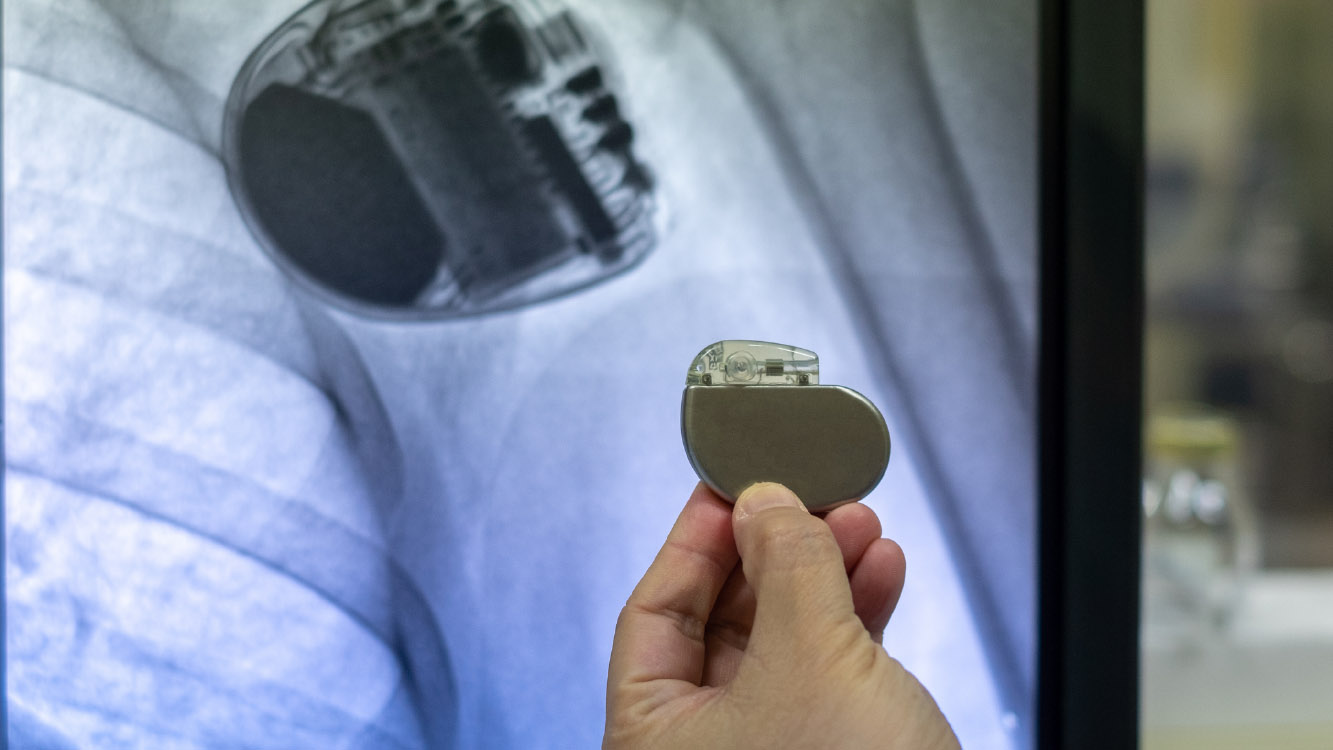 When your heart faces trouble maintaining its regular rhythm and rate, your doctor may recommend you a pacemaker. It would be best if you had a pacemaker when you have-

Your doctor will perform several tests to determine the necessity of a pacemaker for you. Moreover, he will decide which type will suit your condition.

You may ask what leads you to condition, needing a pacemaker. Well, the symptoms may occur for several reasons that include-

How Does A Pacemaker Work?

A pacemaker helps control your irregular heartbeat. Usually, it has two parts – the leads and a pulse generator. The pulse generator accommodates the battery and a tiny computer. Usually, doctors place it under your chest’s skin.

Now, what do these impulses do? They make the heart contract, creating heartbeats.

Pacemakers can be of different types, and depending on your condition, your pacemaker may have one to three leads.

Pacemakers are available in different types. Depending on your heart condition, the doctor usually chooses a suitable pacemaker for you. The different types include-

Can You Sunbathe With A Pacemaker?

People with an implanted pacemaker have one question in common, “what can  interfere with a pacemaker?” Can sun heat affect the pacemakers?”

Many live in constant fear of visiting areas with intense heat and sunlight. However, you can lose your worry. Sun doesn’t affect the functionality of your pacemaker. Trust me, the sun heat can’t pass through the layer of your body tissue and heat a pacemaker case to burn you.

Neither exposure to the sun harm your incision site.

However, doctors often suggest you avoid sunbathing for years after surgery as it can cause itching and redness in your incision area. However, many don’t find exposure to the sun an issue. But never say never to the problems with the heart.

Therefore, it’s wise to take some precautions. Use extra sunscreen or sun protectors to avoid itchiness or redness. The sun and ultraviolet rays may not affect your pacemaker; it will increase the darkness of your scar.

Can You Tan With A Pacemaker In The Tanning Bed?

Living with a pacemaker is not as easy as it sounds. You have to maintain some ways of life, even with a simple routine task. One such activity is tanning is a tan with a bed.

Some of the precautions include-

Do and Don’ts With Pacemaker

Can I drive my car or pass a metal detector after pacemaker surgery?

After pacemaker implementation, life becomes different, and these everyday tasks become puzzling. You remain in utter confusion and dilemma about what to do what not to do with your pacemaker.

Let’s check what you can do and can’t do with pacemakers.

Living with a pacemaker is not hard-hitting but tricky. However, doing some daily activities with a pacemaker can confuse you. Therefore, it’s best to consult with your doctor for any information.

Can you sunbathe with a pacemaker? To answer your question, yes, you can. Just ensure you have covered your pacemaker site with enough sunscreen – a little extra than the rest of the part of your body. Besides, try to avoid exposure to the sun during the hottest period.

My Concierge, MD, offers expert doctors to resolve your issues with care, understanding, and support. They will enlighten you with all the details about living with a pacemaker with proper guidance and maintenance.

Remember, a pacemaker doesn’t limit your life. Instead, you can have a free, full, and healthy life with proper precautions and preservation.

Metformin and PCOS: A List of Foods to Avoid for Optimal Treatment
January 25, 2023

Constipation Relief: Top 10 Tips and Tricks to Get Your Digestion Moving
January 21, 2023

What Is The Best Injection For Weight Loss? 5 Options To Consider
January 18, 2023