Protein Shakes After Gallbladder Removal- All You Need to Know 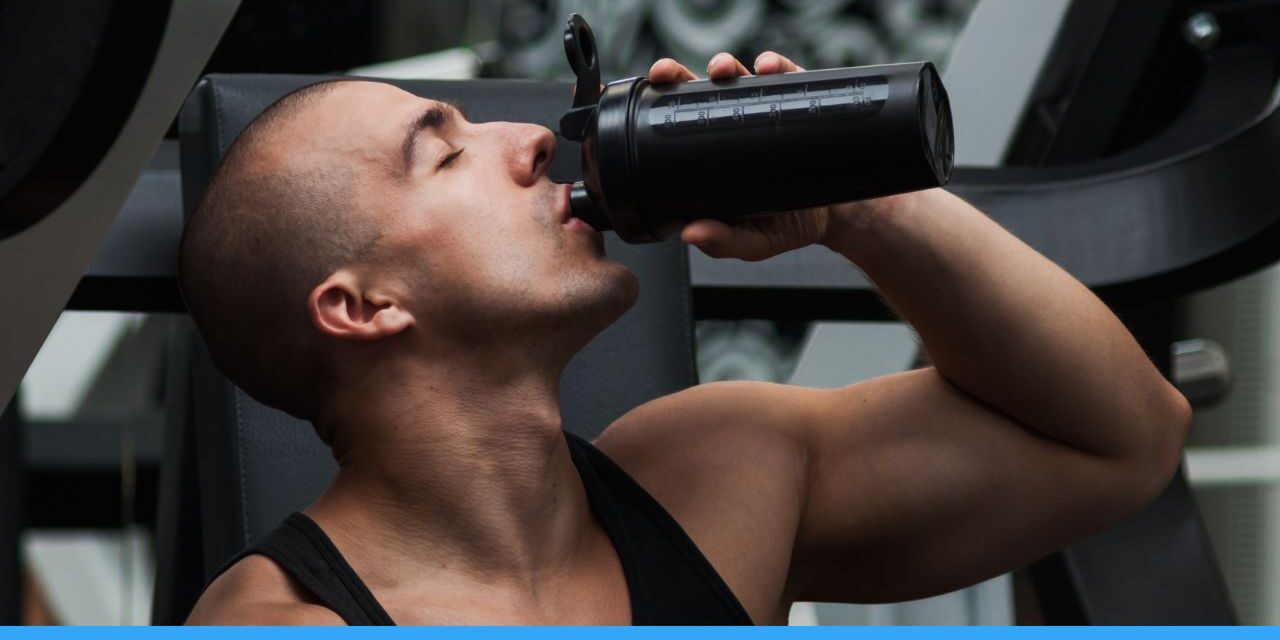 Gallbladder surgery has become quite common now. People have it frequently to mitigate endocrinological issues. However, there are some serious risks associated with this procedure, and they multiply if proper post-surgery guidelines are not maintained.

But don’t worry. This article will help you know everything about the dos and don’ts after removing your gallbladder. It will also explain whether you can take protein shakes after gallbladder removal, what the gallbladder functions are, the post-surgery diet, and so on.

With a bit of care and self-control, you will recover from the surgery and the absence of a gallbladder. So, please, go through the whole article so as not to miss anything essential.

The Gallbladder is an integral part of our digestive system. It is a small organ situated right below the liver. The gallbladder has some essential functions in the human body.

The essential function of the gallbladder is storing bile. The liver is the place of bile production. It helps to digest fat. The body cannot process fat. It needs to be broken down as fatty acid. Bile facilitates this process.

The body must ensure no scarcity of bile in store. Gallbladder stores bile produced from the liver. When we eat something, the gallbladder contracts and squeezes out bile, eventually reaching the small intestine.

In the small intestine, the bile mixes with the food we eat. The fat portion of the food gets broken down into fatty acids in the presence of bile. This fatty acid can now be absorbed by the digestive tract and thus give energy to the body.

The gallbladder is not an essential organ of the body, meaning you won’t die without it. After the recovery period, most people do not suffer any complications. What happens to the functions of the gallbladder after its removal?

As mentioned before, the gallbladder’s primary function is to store and systematically eject bile. Gallbladders do not produce it. So, even after removing the gallbladder, the body still has bile.

However, after the operation, the bile is no longer stored. Instead, it flows freely after being produced in the liver. On the other hand, the gallbladder ensures the flow of bile primarily when food is eaten.

This free flow of bile can create certain complications. The main problem is diarrhea. About 10% of the people who undergo this surgery are affected by this disease. Another common problem is the formation of excess gas.

However, none of these problems should last long. Usually, the issues should go away within 2 to 4 weeks. However, if the problems persist for more than a month, it’s best to consult with your doctor.

You already know that gallbladder is a part of our digestive system. So, without it, your body will have trouble digesting all kinds of foods – at least for the first few weeks. So, can you eat protein shakes after gallbladder removal? 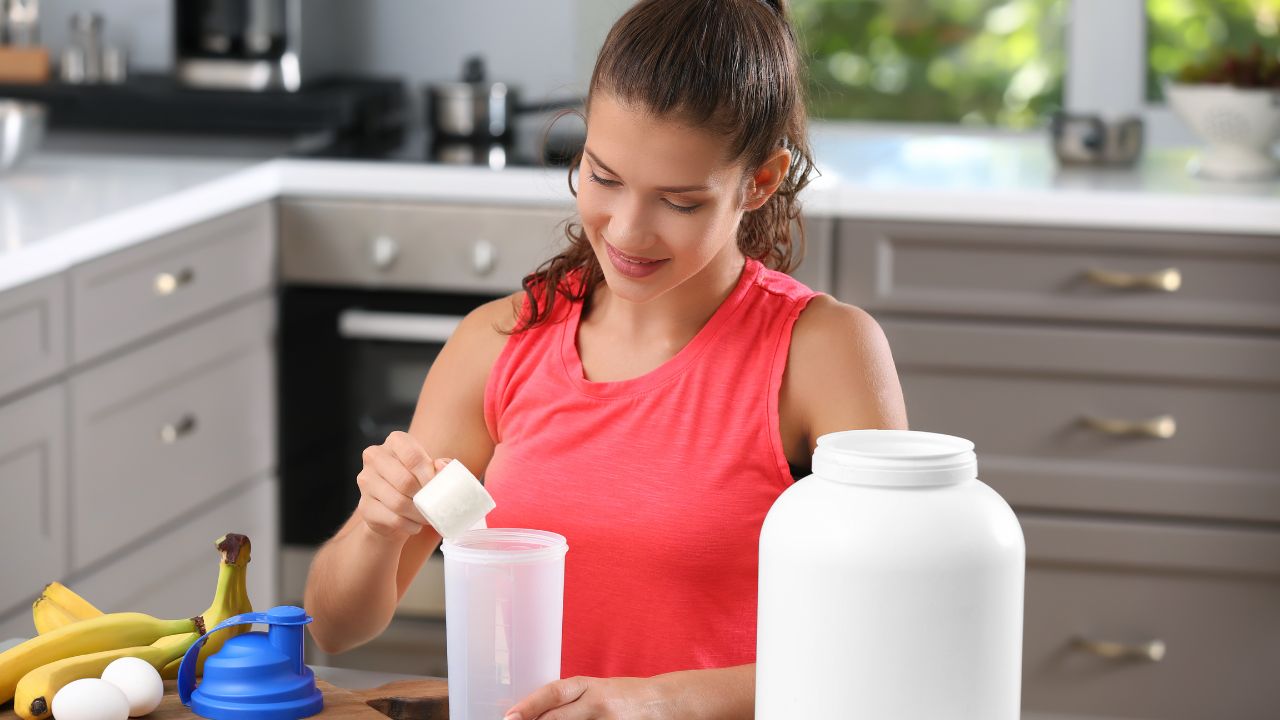 Yes, you can. The gallbladder has no role in digesting protein. As a result, the absence of the gallbladder will have no impact in this particular situation.

Protein in the presence of hydrochloric acid and proteases gets broken down into chains of amino acids. Once the amino acid chain reaches the small intestine, further enzymes like trypsin, chymotrypsin, and carboxypeptidase break down the chain into individual amino acids.

These individual amino acids are then absorbed in the small intestine.

As you can see, neither bile nor the gallbladder is involved in protein digestion. As a result, you can still consume and digest protein shakes without a gallbladder. That being said, take care in choosing low-fat protein shakes.

However, it is advised to avoid heavy foods right after the surgery. So the best practice is to avoid protein shakes for 2 weeks.

Gallbladder removal surgery is a simple enough surgery, and most people fully recover without any complications. However, you should be careful about your eating habits as not all the foods we consume will be suitable for you.

So what are the best foods to eat after the surgery?

After a day or so, you will need to train your body in digesting relatively more solid food. A diet recommended in this stage is called the BRAT diet. BRAT stands for Bananas, Rice, Applesauce, and Toast. You can also start eating soft bread at this stage. This diet helps tackle runny bowel movements.

On the other hand, some foods will deteriorate your condition. So now, let’s answer what foods to avoid after gallbladder removal.

Avoid eating foods that are high in fat. If more than 30% of your calorie intake comes from fat, you need to reduce your fat intake. Beef, Bacon, Cheese, Chocolate, Avocado, etc., are very high in fat. Deep-fried and greasy foods are also bad for you after surgery.

This is not to say that you should stop eating fat altogether. Fat is also essential for your body. But limit its consumption at least for a week or two.

Below are some of the most common questions people have regarding gallbladder surgery and the following events.

Does protein affect your gallbladder?

Red meats like beef and pork are high in protein and fat. Such foods like these are not very good for the gallbladder. However, research suggests there is a positive relationship between plant-based protein intake and the health of the gallbladder.

When can I go home after gallbladder surgery?

Gallbladder removal surgery – cholecystectomy – can be done in either a traditional invasive method or a less invasive laparoscopic procedure.

If the less invasive laparoscopic surgery is used, the patient can be back at home the same day or the day after the procedure. However, If the traditional invasive open cholecystectomy is performed, you will have to spend 2-3 days in the hospital.

Being obese increases the probability of complications in the gallbladder. However, all the current evidence suggests that the risk level of the operation itself and the recovery time is the same for obese and non-obese patients. So, obese people can undergo surgery.

Can You Drink Alcohol While Taking Detox Pills?
November 17, 2022