Echogenic Pancreas Ultrasound: All You Need To Know 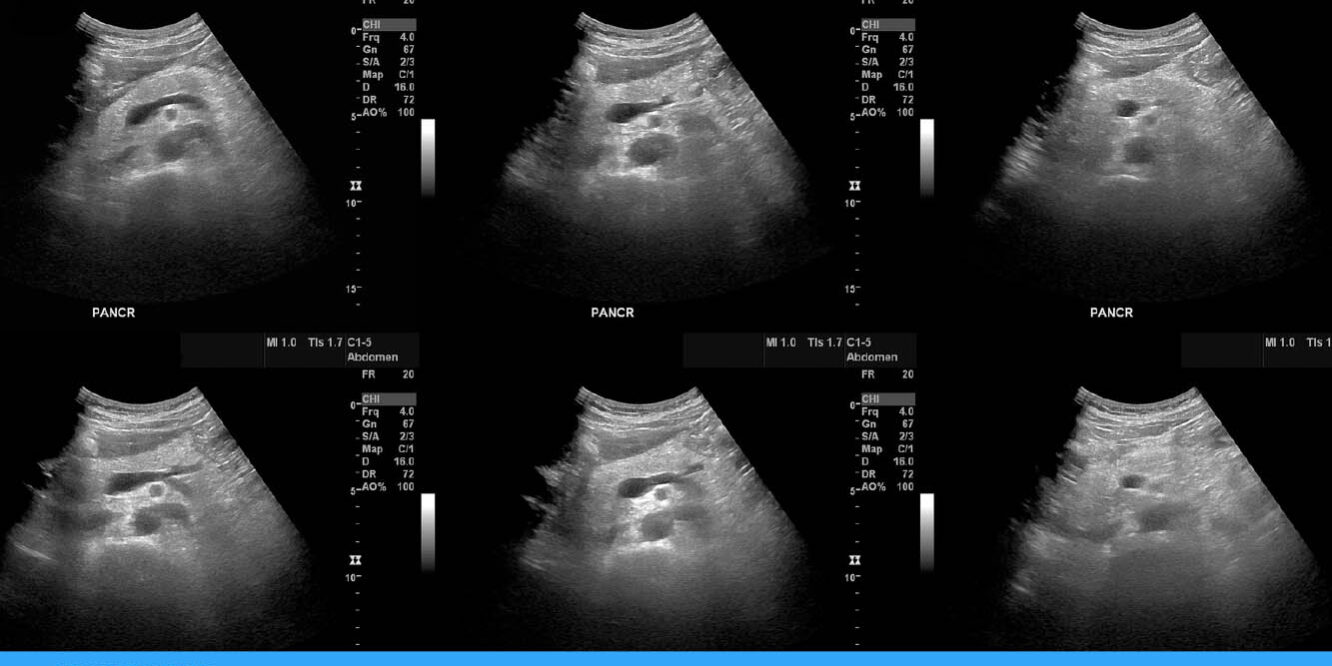 Have you ever experienced a sudden sharp and severe abdominal pain radiating to the back? The reason for your pain can be an irritated and inflamed pancreas.

The pancreas is a flat gland that dwells in the upper abdomen behind the stomach. Its primary function is to produce enzymes that support digestion and hormones that regulate blood sugar.

However, you may have a pancreas issue due to age and health issues.

An ultrasound of the pancreas usually helps the doctor diagnose various pancreatic disorders. But, what does your ultrasound say about your pancreas? What does an echogenic pancreas ultrasound mean?

Read the rest to acquire more about the echogenic pancreas.

Pancreas and Its Function

The pancreas is a flat-pear-shaped organ in your upper abdomen behind the stomach. This six to ten-inch gland plays a crucial role in converting food into fuel for your body’s cells.

The pancreas contains an endocrine component that includes islet cells. These cells create and produce hormones in your bloodstream that maintain proper blood sugar levels. The functions of the hormone include-

When Do You Need Pancreas Ultrasound?

Ultrasound of the pancreas is the safest and most effective way of finding any irregularities of your pancreas. Due to age or different medical conditions, you may suffer from several pancreas issues – pancreatitis, elevated pancreatic enzymes, unspecified mass around the pancreas, etc.

If you have problems with your pancreas, you will notice several signs. It’s wise not to ignore these symptoms and seek immediate medical attention.

What Does an Ultrasound Of Pancreas Show?

An ultrasound of the abdomen, especially for the pancreas, collects the image of your entire pancreas – head, neck, body, and tail of your pancreas. It also shows the surrounding area and your liver.

If your report reveals your “pancreas grossly unremarkable” or “the visualized pancreas is unremarkable,” it means there is no evident abnormality in your pancreas. However, you may need a different imaging study to assess your pancreas.

The normal pancreas is usually homogeneous and isoechoic or hyperechoic. In severe and acute pancreas problems, especially pancreatitis, the pancreas appears enlarged, echogenic, heterogeneous, and hypoechoic.

What Does An Echogenic Pancreas Ultrasound Mean?

Echogenicity in an ultrasound examination means the capacity of bouncing an echo, returning the signal. Echogenicity increases when the surface reflecting the echo throws back accumulative sound waves.

In young people, the pancreas is usually hypoechoic. It means less fatty pancreas and liver. 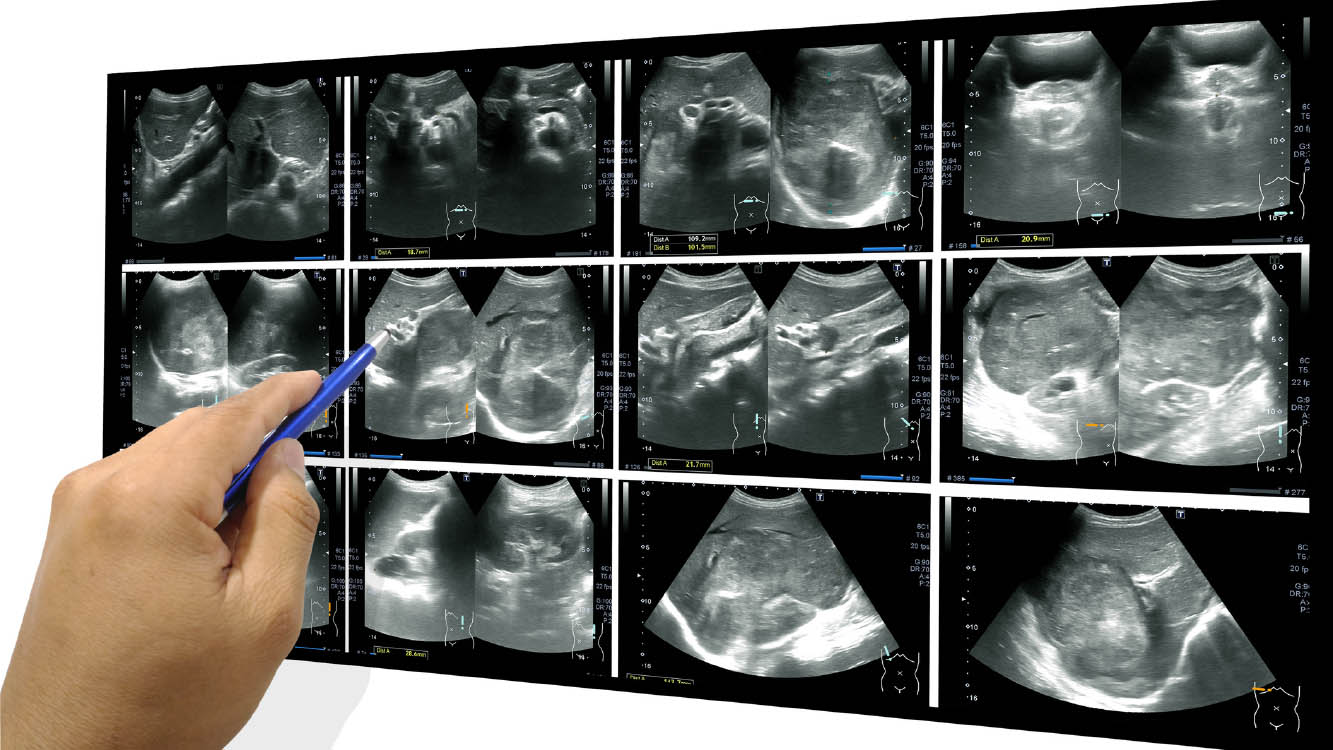 Another research suggested that the aging procedure of your pancreas can also cause increased echogenicity. When you age, a high echogenicity is a perfectly normal result for an aged pancreas in an ultrasound examination.

However, to properly diagnose your pancreas, you need a place with expert and efficient doctors and technicians, like My Concierge, MD. The healthcare center ensures a safe and efficient procedure with 100% accurate results.

An enlarged and echogenic pancreas is not necessarily dangerous all the time; it may mean nothing. However, it may also indicate an anatomic abnormality.

Other causes of echogenic pancreas include-

Treatment of an echogenic and enlarged pancreas treatment depends on the condition you are suffering from.

Your doctor may also suggest the removal of gallstones or your gallbladder.

Chronic pancreatitis may also cause you to stay at the hospital for treatment. You may also need nerve blocks or surgery. Treatment is almost similar to that for acute pancreatitis.

In addition, you may also need pancreatic enzymes to help your digestion.

Treatment For Other Pancreas Disorder

Doctors usually use a specialized technique – therapeutic endoscopic retrograde cholangiopancreatography (ERCP) for various other pancreatic conditions. Conditions that doctors manage with this techniques include-

A healthy lifestyle is always beneficial. In pancreatic disorders, especially after an echogenic pancreas ultrasound finding, doctors usually suggest lifestyle modification. He may advise you to maintain the following-

The pancreas is a crucial gland in your body that converts food into fuel to keep you moving. However, pancreas problems are not pretty common; they can hamper your life drastically.

My Concierge, MD, offers efficient doctors, nurses, and technicians to provide proper treatment, diagnosis, evaluation, and medication plans to manage your pancreas disorders. Starting from physical examination to ultrasound, this healthcare center offers a 100% accurate assessment of your condition with care, dedication, and perfection.

Metformin and PCOS: A List of Foods to Avoid for Optimal Treatment
January 25, 2023

Constipation Relief: Top 10 Tips and Tricks to Get Your Digestion Moving
January 21, 2023

What Is The Best Injection For Weight Loss? 5 Options To Consider
January 18, 2023